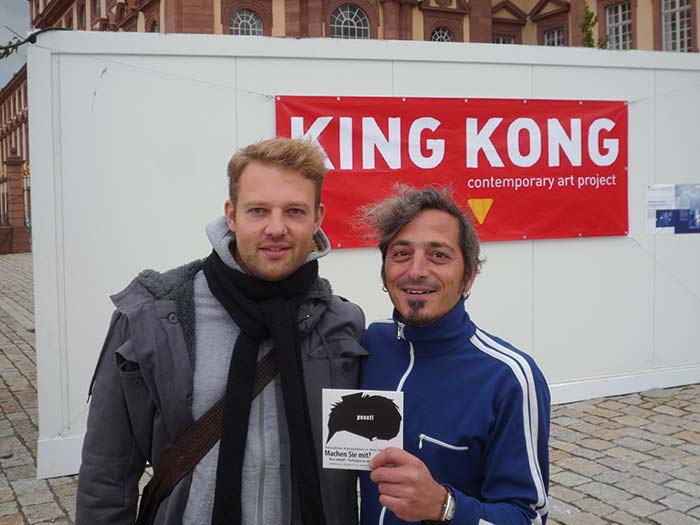 Paul and Sören, the tireless distributors of the CD 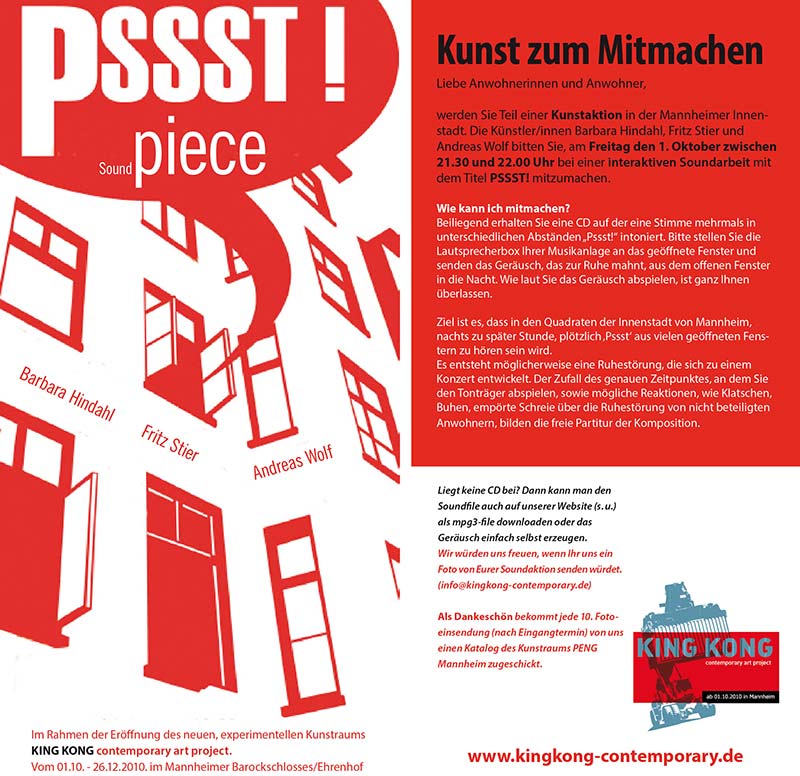 “Pssst” [a German interjection meaning shush] is as much a request for silence as a call for attention. Hindahl, Stier and Wolf, the initiators of KING KONG contemporary art project, here instigate the performance of their own project. 1,000 Cds with self-recorded hush-sounds (pssst) had been distributed throughout Mannheim Midtown together with a written invitation to the inhabitants to participate in the performance on the opening-night: people living in mid-Mannheim were asked to play the CD during a specified period (one and a half hours long), putting their loud-speakers into the windows, so that the sound would be audible on the streets.

A ‘disturbance of the peace by night’ happened that developed into a concert. The musical score of the piece was formed through contingency of the exact time of play-back and reactions of passers-by on the streets.