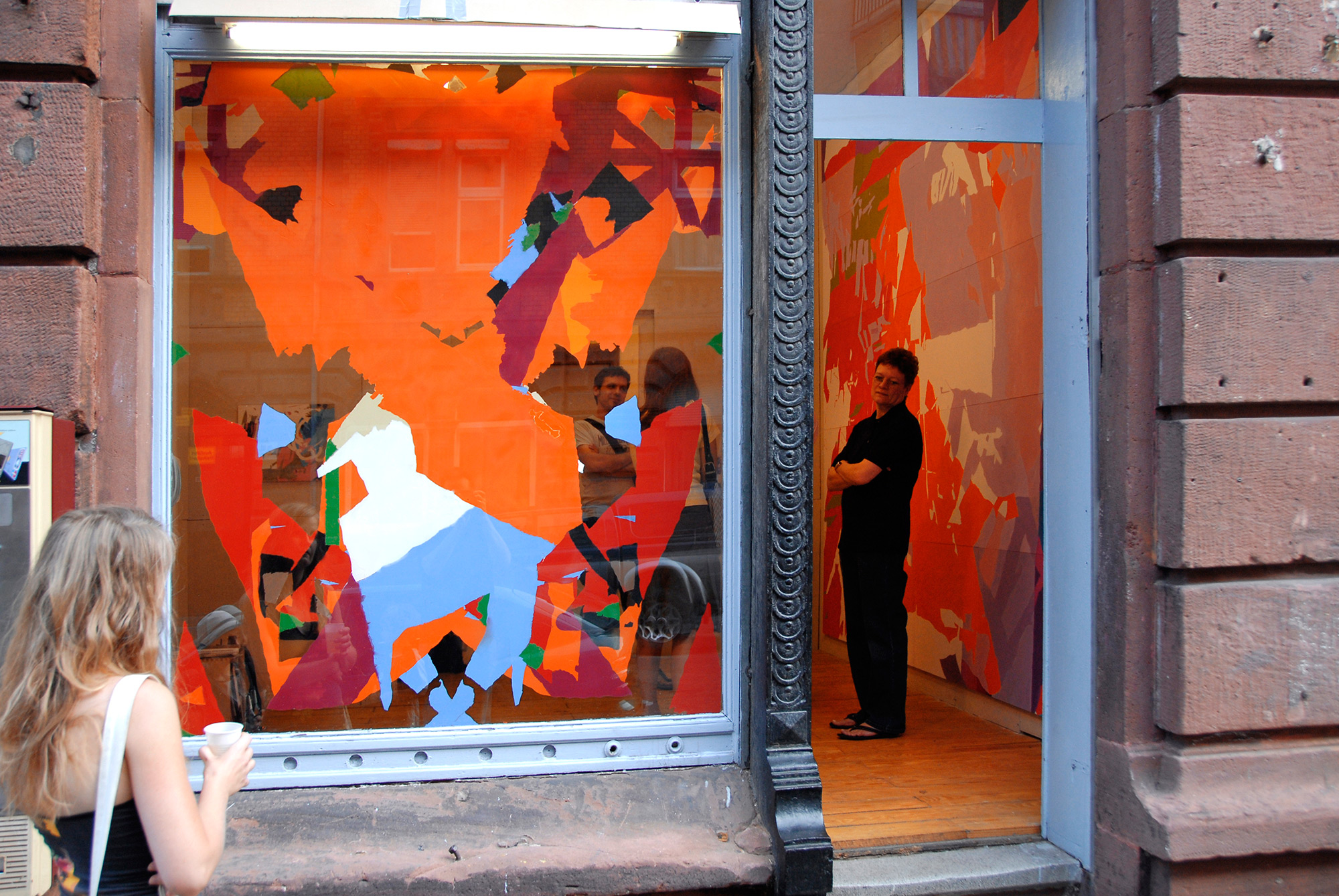 »einlamamalnie«, Spraypaint on acrylic glass, view from outside, 146×177 cm 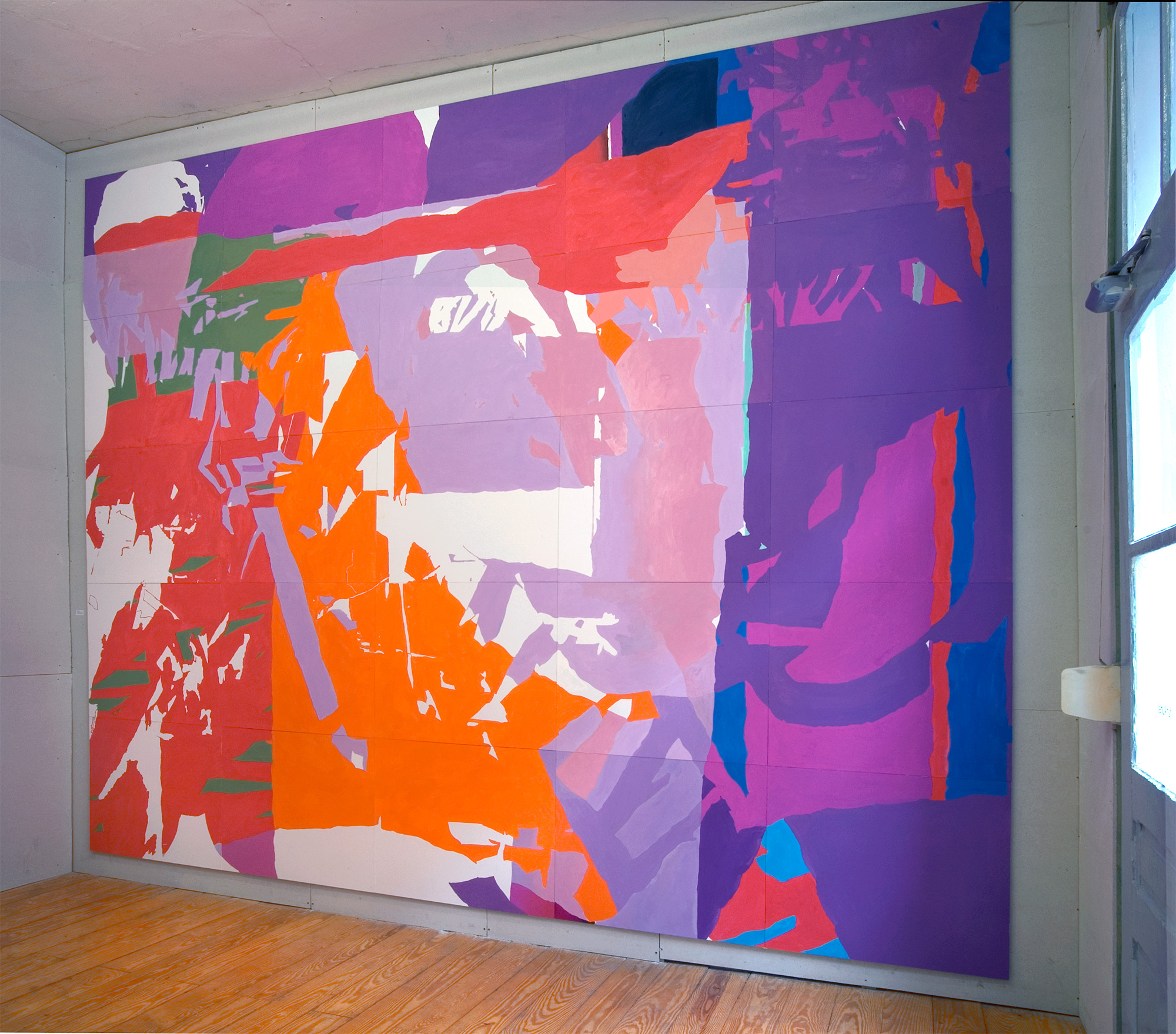 For his exhibition in Peng! Raum für Kunst, Mannheim, Andreas Wolf created a painting designated to be shown in the one window of the room, which formerly had been a shop with a large display window. The »canvas« is a sheet of Plexiglas of exactly the same dimensions as the shop window, on which spray paint was applied using stencils. The work is semitransparent. The title »einlamamalnie« (tranlates roughly as »never paint a llama«) as a palindrome (a word or phrase that reads the same forward or reversed) here indicates the dominating principle of the work, namely that it has two identical sides, it is the same picture from front or back and insofar has no front and back, but two identical fronts which can be viewed either from the street, looking inside, or from the room, looking outside.

Through, on the one hand, mirror-effects and parallels – similarity and repetition –, and diversity of spatial aspects and light incidence – difference – on the other, a complex formation of different appearances of the same picture occurs.